Unlike other mammals, evolution gave us the faculty to discern right from wrong; Let's respect that power by adopting a Vegan Diet

In this article, I'm going to expand on why I'm a Vegan and also try to convince everyone of you to adopt a vegan lifestyle. I implore you to read this with an open mind without being rigid or dogmatic about any beliefs or contrarian viewpoints.

In totality, I have two major issues with a non-vegan diet: conscience and health. 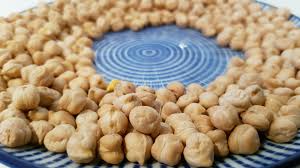 While the health argument may not apply equally effectively based on your country's climate (it is indeed considered a virtue to eat meat in extreme climatic conditions like the tundras), there is just no escape from the conscience argument.

You see, the difference between us and a mammal is that we know what suffering is, we understand the concept of pain and have a pretty good idea of how a sentient being feels when it goes through pain. The same isn't true of a leopard or tiger which kills another animal compelled by an instinct of hunger or survival. Among all mammals, we humans were chosen to have that faculty to be conscious and aware, only we were chosen to have that power (which we have both used and abused throughout our evolution).

The simultaneous growth of the moral instinct among homo sapiens and their becoming the dominant species overcoming the others is no mere coincidence. We were given these powers by the Universe because we showed that we deserved them with our evolving morals and ethics and altruism.

And now, the Universe is looking at us at this present stage of evolution and seeing a gradual degradation or erosion of those very things. Crony capitalism and a blatant addiction to commercialization are sort of determined to turn the evolution cycle back among humans. We no longer kill beings to satiate our hunger today, we do it to satisfy our taste buds and the commercial food chains and meat industry don't care about ethical treatment to animals or about their pain or suffering before slaughtering them en-masse.

The same could also be said about the dairy industry. 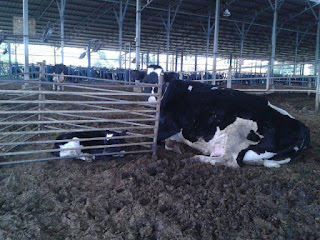 After researching about how the dairy industry works and treats the cow, I was left aghast. Like all mammals, even a cow's milk is meant for its children to have, not everyone. But over the years, cows have been nurtured, domesticated and adapted to produce milk on a mass scale but remember, even then a cow gives milk only after it has given birth to a calf. This means that in order for the milk production to be commercially viable, the dairy farms must keep artificially impregnating the cows so that they can continue producing milk. And the day they stop being productive, they are simply slaughtered.

By consuming dairy products, you are enabling these atrocities of a lifetime on cows which is arguably much worse than even consuming meat products. At least with latter, the animal is killed in one swift swish of a butcher's knife but the slow and torturous death which the cattle face every single day is far more sinister. As responsible humans, you must stop eating both meat and dairy products, its not even such a difficult thing to ask in today's world as there are hundreds of alternatives available in vegan diet too. Soy milk and Almond milk are the most popular choice as dairy alternatives. There are soy products like tofu which act as substitute to dairy products like cheese or paneer. Adding vegetables, grains and pulses to that list should take care of most of your nutrition needs irrespective of whichever part of the world you are from (yep, even the tundras!).

This is not only the most logical thing to do but the Universe is also pushing and signaling us towards it. Have you ever wondered why the incidence of lactose intolerance suddenly increased at the start of the last decade (in recent years, it has increased in India too)? Perhaps the Universe is signaling us to stop consuming these atrocious dairy products? What about the recent diseases spread due to meat production like H1N1, Swine Flue, COVID-19, etc.? Maybe they are a kind of signal regarding the atrocious meat industry?

Think about it. Ask your nutritionist, dietician, etc. about how you can fulfill your nutrition needs with a fully vegan diet. There are online experts like Charlie-Knoles on Quora who can answer your queries. Also watch the documentary Dominion on YouTube which exposes the atrocities performed by meat and dairy industries on a regular basis globally. Adopting a vegan diet might be a trivial decision in your life, but evolutionary history of humankind is at a turning point right now and you'll play a role in shaping that history even by this small decision of yours!