Vegan vs Vegetarian: Thoughts on implied karmic attribution in the vegan definition of honey and dairy products

As a vegetarian who is gradually transitioning into a vegan diet, I've realized that the only major difference between these two forms of diet is that vegan prohibits the use of milk and other dairy products as it comes under the definition of "animal produce" which a vegan isn't supposed to consume.

However, about this definition of "animal produce", a distinction needs to be made regarding whether the matter of ANIMAL ORIGIN or CRUELTY TO ANIMALS is considered for this definition. For example, honey is considered to be animal product by all vegans unanimously despite the fact that it doesn't have a fully animal origin! Honey (or nectar) actually originates in flowers, the bees just carry it and store it in their hives after some post-processing. Here, the issue vegans have is with the fact that producers extract the honey from bee hives in an inhumane way.

Now, hypothetically speaking, if there was a way of humanely extracting the honey from the hives without causing any harm to the bees and the producers did it, will the honey then become vegan? Another question to ponder is that if there was a hypothetical way of producing honey in a humane way and the producers still chose the inhumane way (due to cost-cutting or whatever), will the karmic retribution of consuming that honey fall on the consumer or the producer?

Such an ethical dilemma should never arise in case of meat consumption because we know that there is just no way to slaughter an animal or bird in a humane way, so the karmic retribution falls on the consumer too. At least on this one point, both vegans and vegetarians are on the same page. 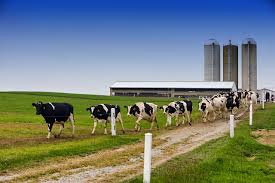 But in case of honey and dairy products, the upstream (honey producers or dairy farms) do have a choice to act in a humane way but many still choose not to, so this distinction is both crucial and important.

The moral of the story here is that we don't live in a binary world and vegetarian shouldn't become the enemy of vegan, they are both on the same side of the aisle except for the fact that one has set the bar a bit too high when it comes to consuming honey and dairy products. Another thing to understand is that unlike meat products, an absolute "hard ban" isn't needed for dairy products, a "soft ban" or lowering of consumption should do too.

And speaking of karmic retributions, two things are clear:

1. Even though its POSSIBLE to dairy farm in a humane way, we know that most of them do not. There used to be a time few centuries ago when most cattle rearing in the country side used to happen in a humane way and cows were treated like family members. But these are no such times, today we live in the era of mass production and commercialization, and animal pain and suffering is increasingly being overlooked in favor of more profits. Hence, it becomes the ethical responsibility of all wise individuals to at least lower their consumption of milk products if they can't eliminate it entirely.

2. In the scenario where producer has a choice to act humanely but still doesn't, its true that the karmic attribution doesn't fall on the consumer. However, we are only talking about the INVIDIDUAL consumer here, the COLLECTIVE attribution is still there! As a collective or class of dairy consumers, we are still collectively responsible for the atrocities being suffered by cows at the hands of dairy industry on a daily basis. Hence, Vegan activism is totally justified until such time as these producers don't mend their ways and start acting humanely towards animals.