Understanding Free Will vs Determinism with Flowchart analogy: The Compatibilist view

My earlier article titled "Free Will is an illusion" provoked a thoughtful discussion on the philosophy subreddit from which I learned a lot, but then later it was removed. And quite understandably so because absolute determinism is a frightening thought for most humans, our freedom to "will" sort of defines who we are as humans and people can easily get intolerant towards any other alternative views.

I also learned about Compatibilism which is basically a stance that free will and determinism are mutually compatible and that it is possible to believe in both without being logically inconsistent. I find this view interesting and in this article, I'm going to explore how both determinism and free will can co-exist in a way that makes sense and doesn't result in a cognitive dissonance (discomfort caused to mind by holding conflicting ideas simultaneously).

When trying to understand mystical things like determinism which can't be readily examined with the present state of our science, we turn to analogies and inferences from other things. In Astronomy, there is something called "geo-centric" and "helio-centric", a map of the heavens (or horoscope) can be cast taking either our earth (geo) or the sun (helios) as the center using these doctrines respectively. We can apply the same to understand determinism too.

At the personal or human-centric level, free will can be fully experienced in our daily lives. As free agents existing in nature, we are all equipped with consciousness and a mind capable of reading instinctual data and producing all kinds of phenomena like feelings and thoughts which then affect our motor functions resulting in volition or an action being taken. This capability of our mind can be defined as free will at the human-centric level, or as we humans perceive it.

Taking the analogy of a flowchart, a thought process isn't just a straight forward execution of computing statements, there are other constructs like decision trees and loops. 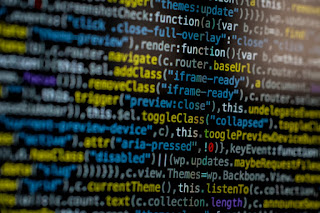 In life, we often struggle between two or more conflicting ideas while taking decisions, and a lot of deliberation and pondering happens about what decision to take (like there are flow-charts within a flowchart or functions calling other functions or subroutines). At the end, our thought process arrives at a decision and again, this thought process and deliberation is definitely an experiential proof of free will from the human-centric view.

However, at the universe-centric or cosmic level, this decision may still have been determined already. Remember, the program's path and the output its going to print is already determined before actually running the program on the computer! This is assuming there are no external factors like user inputs. If we were to allow for user inputs in the analogy, this becomes a bit more complex and its difficult to say whether perfect determinism exists or not even at the cosmic level. Some things to ponder here: